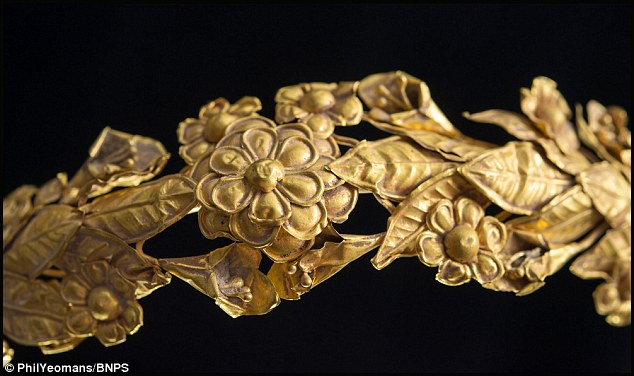 An elderly man was stunned when he discovered that a box of trinkets he inherited from his grandfather contained an ancient Greek crown made of pure gold that an auctioneer says is worth at least $230,000.

It has been reported that the pensioner had seen the crown nearly a decade ago but did not realize its’ worth or importance and put it aside in a tatty cardboard box beneath his bed. It was only when he finally decided get a box of items valued by Dukes of Dorchester, that he came to discover the crown is an authentic Greek myrtle wreath dating back to around 300 BC. “Stylistically it belongs to a rarefied group of wreaths dateable to the Hellenistic period and the form may indicate that it was made in Northern Greece,” Guy Schwinge, a valuer from Duke’s of Dorchester, told Mail Online. 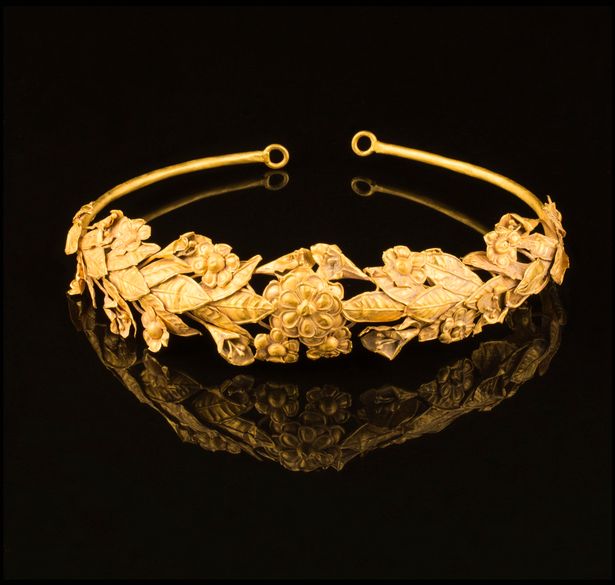 “It is eight inches across and weighs about 100 grams. It’s pure gold and handmade, it would have been hammered out by a goldsmith.” Ancient Greeks wore wreaths on special ceremonial occasions and received them as athletic prizes and honors. The myrtle wreath was a symbol of love as the myrtle plant was believed to be sacred to the goddess Aphrodite. Many such wreaths that survive today had been found in important burials, and although the provenance of the pensioner’s wreath is unknown, it is likely that it too was buried at some point as it still has dirt embedded in it.

It is not the first time that a valuable artifact has been overlooked by an unsuspecting owner. In 2014, an object pulled up by a plow in a field and used to prop open an office door was identified by archaeologists as an extremely rare and valuable Bronze Age ceremonial dagger, known as a dirk, one of only six found in the whole of Europe. Last year, a 60-year-old Chinese farmer who found an old sword blade digging in the ground used it as a kitchen knife for several years before realizing its value and historical importance.