The 22-pound chunk of waxy material was found 12 feet underground and is technically still edible. 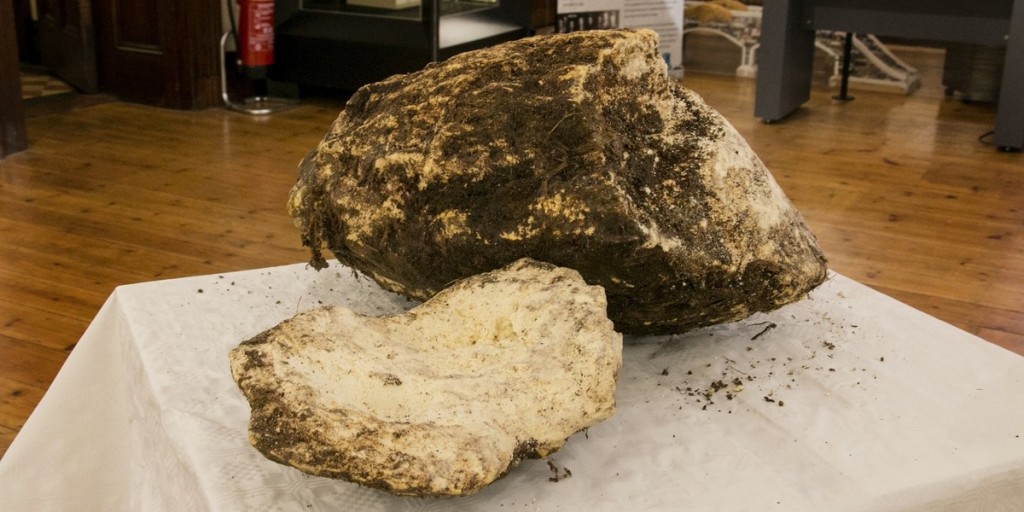 Turf cutters working in an Irish peat bog have unearthed a 2,000-year-old lump of butter, the Cavan County Museum announced.

Smelling like a strong cheese, the 22-pound chunk of waxy material was found 12 feet below the surface near the town of Drakerath, some 50 miles north of Dublin.

According to experts, the bog butter is still in excellent condition.

It is likely the butter was put in the peat bog as a gift to the gods rather than buried with the aim of preserving it. 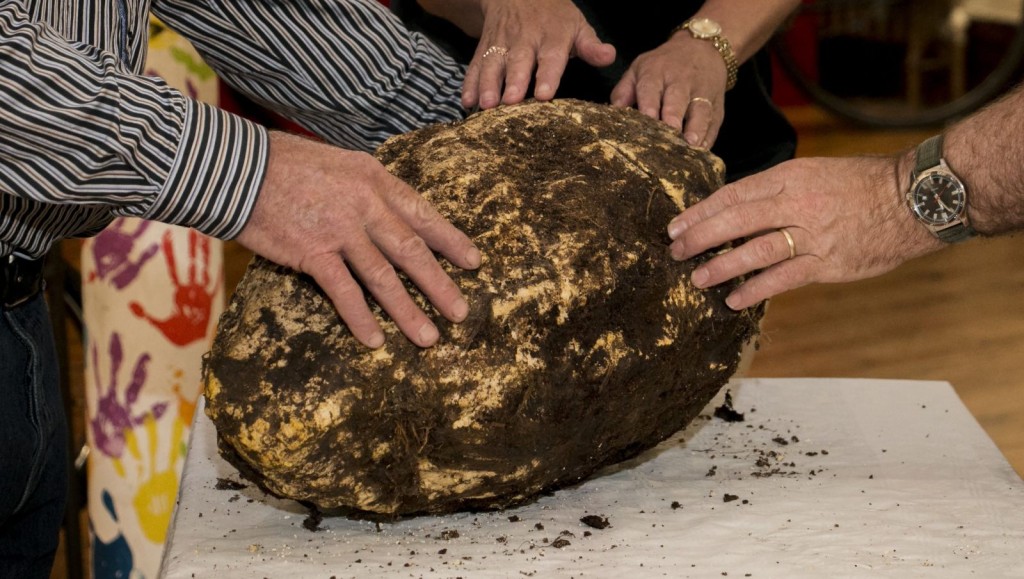 Andy Halpin at the National Museum of Ireland, where the butter has been sent to be carbon dated and analyzed, said the creamy dairy product may never have been intended to be dug up.

A ritual burial appears more likely since the butter was not packed when it was interred at the site.

“These bogs in those times were inaccessible, mysterious places,” Halpin told Press Association.

“It is at the juncture of three separate kingdoms, and politically it was like a no-man’s-land — that is where it all hangs together,” he added.

The finding is not unusual. Hundreds of packages of butter, some placed inside wooden boxes, have been retrieved from Irish bogs, along with exceptionally well-preserved wooden objects, swords and ornaments.

Such preservation is produced by the bogs’ unique chemistry. The peat-building Sphagnum moss grows over anything tipped into the bog, embedding the buried material in cold, acid and oxygen-free conditions that immobilize bacteria, preventing decomposition.

“But we wouldn’t advice tasting it,” Halpin said.*