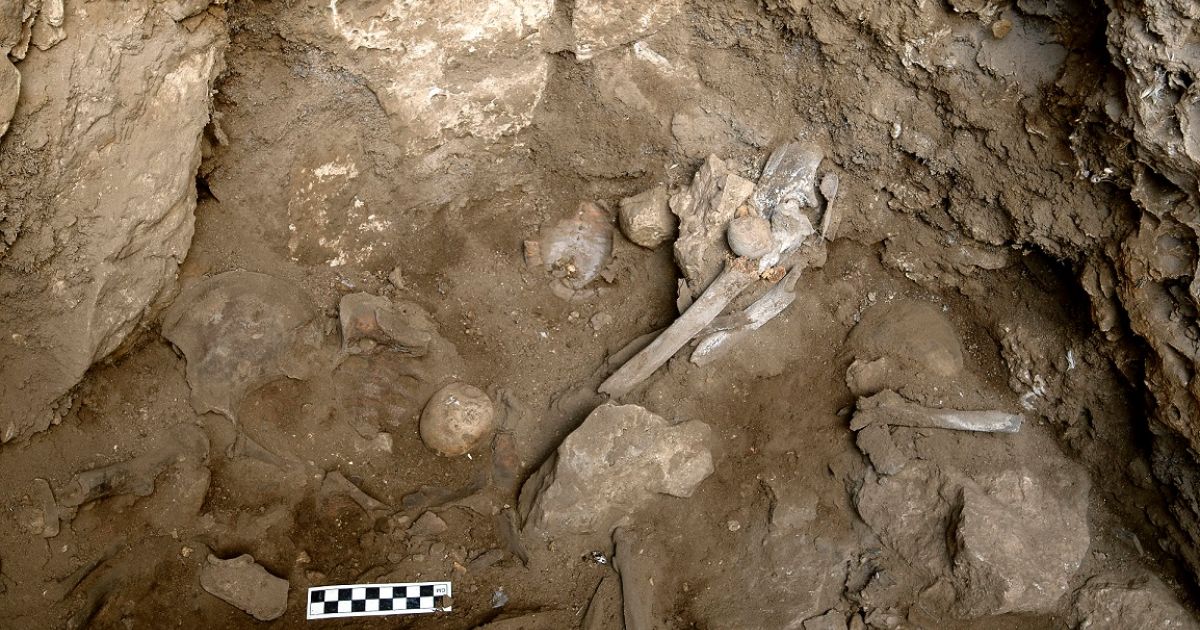 Bones of a prehistoric woman discovered in a burial site in the Hilazon cave in northern Israel. (Naftali Hilger)

Adorned with tortoise shells, gazelle horns and a human foot, the 12,000-year-old grave of a woman unearthed in northern Israel is shedding new light on the prevalence of ritual practice in prehistoric society.

Israeli and American archaeologists, who discovered the well-preserved burial site in the Hilazon Tachtit Cave in the Galilee, suspect the body belonged to a female shaman who lived during the the late Natufian era (10,800-9,500 BCE)

Fragments of chalk and limestone along with a leopard’s pelvis, a forearm of a wild boar and an eagle’s wing were also among the unusual objects discovered surrounding the remains of the woman.

The team of archaeologists — led by Hebrew University’s Prof. Leore Grosman and Prof. Natalie Munro of Connecticut University — were able to speculatively reenact the woman’s funeral ceremony that took place as human societies began to shift from hunter gatherers to agriculture-based communities.

“One of the earliest funeral banquets ever to be discovered reveals a pre-planned, carefully constructed event that reflects social changes at the beginning of the transition to agriculture in the Natufian period,” a statement from the Hebrew University this week said of the discovery.

The cave — home to at least 28 other graves — was first discovered in 2006, though Grosman and Munro were only recently able to sequence the order of the funeral ritual.

Grosman noted the wide range of activities required to preparation for the ritual, including the collection of various materials and animal slaughter.

“The significant pre-planning implies that there was a defined ‘to do’ list, and a working plan of ritual actions and their order,” he said.

The statement said the discovery was unprecedented, since the study of ancient burial rituals has up until now only been possible after humans began to bury their dead in archaeologically visible locations. 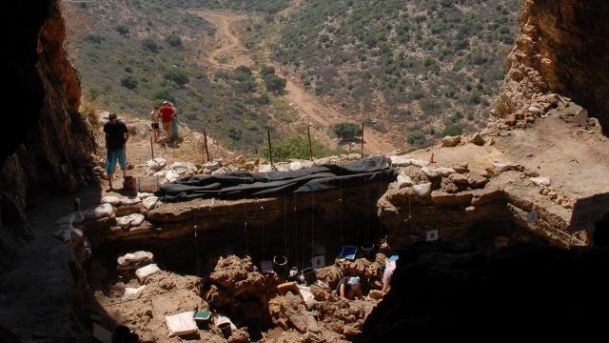 The Natufian period (15,000-11,500 years ago) in the southern Levant marks an increase in the frequency and concentration of human burials.

“The remnants of a ritual event at this site provide a rare opportunity to reconstruct the dynamics of ritual performance at a time when funerary ritual was becoming an increasingly important social mediator at a crucial juncture deep in human history,” the researchers said.

According to Grosman and Munro, the unprecedented scale and extent of social change in the Natufian era make the period central to current debates regarding the origin and significance of social and ritual engagement in the prehistoric agricultural transition.*

Source: by TIMES OF ISRAEL STAFF