A well known Egyptologist named Nicholas Reeves may have found Nefertiti’s resting place in two hidden chambers in King Tut’s tomb.  His preliminary radar scans of the monument have found “two open spaces, with signs of metal and organic matter” behind the tombs western and northern walls.

His theory is that undiscovered chambers lie behind the tomb and likely contain the tomb of Queen Nefertiti, one of  Egypt’s most famous figures. The theory has prompted new exploration and it has been extensively scanned by radar.

When he presented his theory at the the Egyptian conference May 8-9, 2016 he was met with disdain and denial.

“In all my career… I have never come across any discoveries in Egypt due to radar scans.” Zahi Hawass said.  He further suggested the team should go take their radar somewhere else, and practice on other monuments known to have hidden chambers.

But what Hawass said isn’t accurate.  In 2000 Reeves’ team found an undisturbed funerary chamber (KV63) using ground-penetrating radar in the Valley of the Kings.

The Antiquities Minister Khaled el-Anani, said he would continue to allow scans of the tomb but that they wouldn’t be allowed to do any physical exploration until he was “100 percent sure there is a cavity behind the wall.”

The thing is that Nicholas Reeves isn’t just some archaeologist off the street. He is the Director of the Amarna Royal Tombs Project and the Senior Egyptologist with the University of Arizona Egyptian Expedition.  He graduated with honors and received his PhD 31 years ago for his thesis on tomb robbery and mummy caching.  He has previously been the Curator of the Department of Egyptian Antiquities at The British Museum.

In other words – Reeves is highly qualified and yet the Egyptian Antiquities department is blocking him. 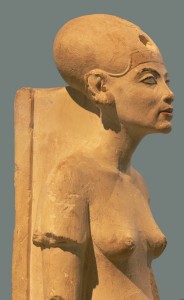 Could it be because Egypt doesn’t want anyone to know what is behind that wall?  Nefertiti and her entire family are known for their elongated skulls.

A new discovery, one so public, would be impossible to cover up.  DNA evidence taken from a mummy carries a lot of weight.  Many have theorized that both Tutankhamun parents, Akhenaten and Nefertiti, are ancient aliens, or a lost human species. 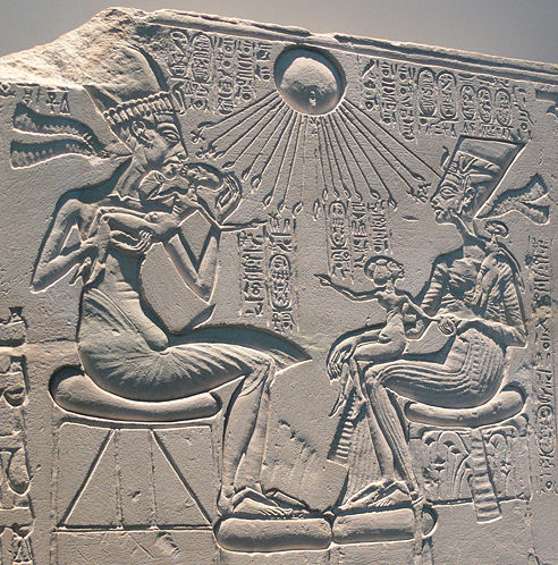 Akhenaten and Nefertiti shown with daughters. All have elongated skulls.

Nefertiti ruled alongside her husband during the 18th dynasty. Following Akhenaten’s death around 1336 BC Nefertiti ruled independently for 14 years.  She was known to be a shrewd military commander as well as a beautiful, graceful woman.  She became Tutankhamen’s guardian and gained further power by marrying him to one of her daughters.

Mystery and intrigue surround her disappearance, because the queen simply vanished from the world scene after the 14th year.  While her tomb has never been found she is said to have been buried with military weapons of gold that lay beside her mirror, fan, and jewels.

In closing Nicholas Reeves said “I was looking for the evidence that would tell me that my initial reading was wrong, but I didn’t find any evidence to suggest that. I just found more and more indicators that there is something extra going on in Tutankhamun’s tomb.”

We can only hope that enough pressure is put on Egypt to allow him to find out.